Businesses around the globe use order management solutions to ensure efficient inventory management and reduction of the cost involved in the process. Order management systems minimize manua...
END_OF_DOCUMENT_TOKEN_TO_BE_REPLACED
All Posts

If you’re like most ZarMoney users, you’re probably actively looking for ways to cut back on paperwork. In fact, you may let receipts and simple documents slide from time to time, if only because it seems like too much hassle to draw them up and keep them in your records. 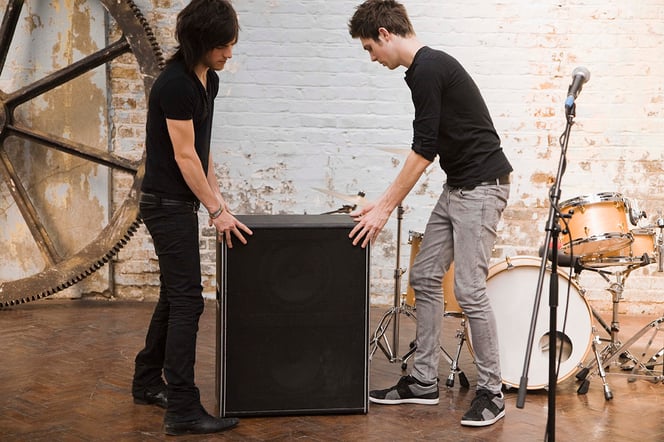 While that’s understandable for busy people, it’s also a bad idea. The answer is to manage paperwork more efficiently, not lose records of your transactions altogether. To show you why, let us share with you a quick bill of sale horror story…

A Dispute, a Lie, and a Missing Bill of Sale

Craig and Jeremy owned a small pawn shop together. Although the business had never really taken off, the two have been friends for years and generally worked well together as managers. Other than their small shop, the two also shared a love of collecting vintage music equipment.

In fact, Jeremy always admired one piece Craig considered to be a rare find – a 1964 Fender Showman guitar amp. Aside from loving the way it looks and sounds, Jeremy thinks it could be the perfect item to put in the pawn shop’s front window as a way of drawing in foot traffic. And so, after a little bit of negotiation, Craig decides to sell the amp to his friend for $1,500, a full $1,000 below its retail value. It’s a good deal between friends, and Craig agrees that displaying the amp will probably be good for business.

That might be the end of the story, except that the two owners decide to close the shop and part ways later that year. Jeremy plans on moving far from town, and agrees to cash out Craig’s share of the business. There is a disagreement on what the value of those shares might actually be, and Craig feels like he hasn’t been given his fair split. And so, on the way out of his store on the final day, he decides to take the amp with them.

When it becomes clear that they won’t be able to resolve the matter amicably, Jeremy contacts the authorities. They track down Craig about the allegations. He disputes ownership of the amp in question, and shows investigators the invoice from the store where he originally bought it. Because Jeremy doesn’t have anything similar, the matter’s closed and he’s lost out… all because he didn’t have one simple piece of paper that would have protected him in this situation.

What Is a Bill of Sale?

A bill of sale is a document used to transfer ownership of personal property. It’s a simple record that shows a sale has transpired between the buyer and seller, and serves as legal evidence that full consideration has been produced in the transaction, and that the seller has conveyed all of the rights and the bill of sale to the purchasing party.

In previous times, the bill of sale was used to record purchases of all kinds, and especially livestock or vehicles. More recently, they have become popular in transactions involving automobiles and boats, and are often used as instruments for securing a loan. For instance, when buying a car, the lender might require that a bill of sale be executed naming the lender as the new owner should the loan default.

That might not sound exciting, but a simple bill of sale would have been worth $1,500 to Jeremy in this situation… and having one could eventually become invaluable to you, too.

Why We Are Offering a Printable Bill of Sale Template Now

Not only are there thousands upon thousands of transactions conducted every day that could benefit from a clear bill of sale, but there’s been a recent trend on Facebook called the Goods Exchange that is making these documents more relevant than ever.

The basic idea is that users within a specified geographic region can buy and sell personal property (like household items, supplies, etc.) on a casual, merit-based system. A simple collection box is placed on the property where the item is located, and on the day of the agreed sale, the buyer deposits payment in the box and then takes the item.

This is an incredibly interesting concept, but it also leaves a lot of room for disputes. A bill of sale – especially for high-ticket items like appliances, electronics, and equipment – can help protect all parties from misunderstandings, not to mention outright fraud.

Don’t be like Jeremy. Protect yourself with a simple legal document to record transactions — download our simple printable Bill of Sale template.

If you’re like most ZarMoney users, you’re probably actively looking for ways to cut back on paperwork. I...
END_OF_DOCUMENT_TOKEN_TO_BE_REPLACED

If you’re like most ZarMoney users, you’re probably actively looking for ways to cut back on paperwork. I...
END_OF_DOCUMENT_TOKEN_TO_BE_REPLACED

If you’re like most ZarMoney users, you’re probably actively looking for ways to cut back on paperwork. I...
END_OF_DOCUMENT_TOKEN_TO_BE_REPLACED

ZarMoney does it all... and does it better.

Keep In Touch With Us